Isn’t your mommy dearest your first fashion icon? Can you ever forget how you used to peep inside the dressing room staring at her in awe as she added a dash of red to her lips and kohl lined her eyes! And her sarees, well they had a different story of their own. 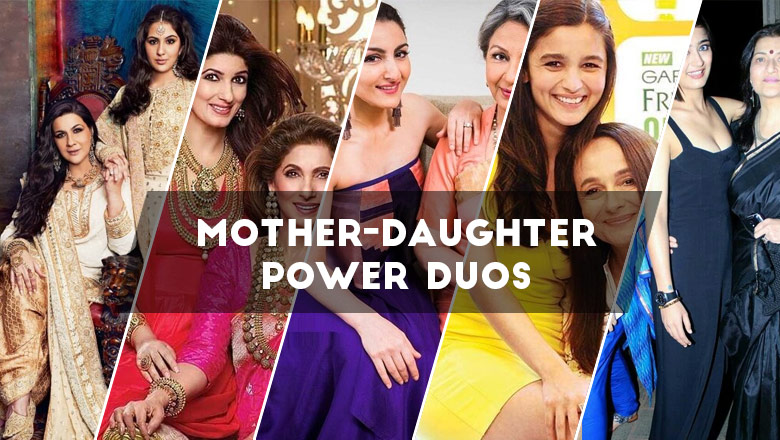 Bollywood film fraternity has been able to give some really good relationship goals. Ah ha! Not the Abhishek-Aishwarya type but more of a “Mom’s the world” type. Yes, you have heard it right. It is a rare path to delve in, but Bollywood did give us some iconic mother-daughter duo. Be it their charming personality, dazzling good looks or superb acting skills, these Bollywood betis have a hint of their Moms in every sphere. Here is a list for your binge reading! Unlike her mommie Neetu Singh who was a phenomenon during the 1970s, the camera shy Riddhima had no interest in Bollywood. Very contrary to the Kapoor family’s tradition, she chose the path of jewelry designing. She is now happily married to Bharat Sahni, a Delhi based industrialist. This one of a kind duo having Bollywood blue blood is often seen posing for the glossy pages of jewelry magazine. 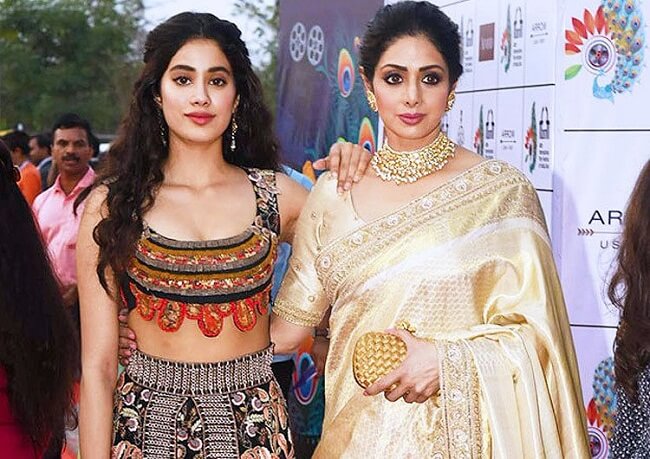 Is there still a question about Sridevi’s fashion and style statement? Guess, no. Sridevi – the name says everything. Take any of her films, Himmatwala, Chandni, Mr. India, Nagin and you will get a list of trendsetting styles that are still revered. Off screen she has shown her potential as a style icon repeatedly. Jhanvi Kapoor with her infectious smile and big round eyes reminds us of a young Sridevi. Yet to make her acting debut this fashionista is clicking all the right boxes with her classy fashion sense. Already termed as a fashion designer’s dream muse we can sure keep great expectations from this stunning beti. 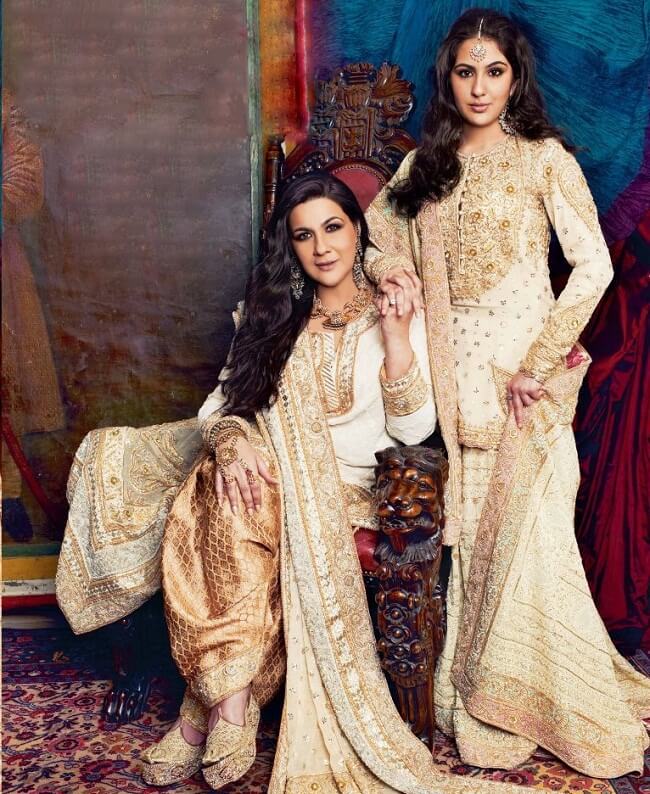 This young royal has inherited both her parents’ good looking genes. Under the guidance of stunning mother Amrita who was a highly successful actress of her era, Sara is gearing up for her big Bollywood debut. Deepika needs no introduction in Bollywood sphere where she has carved out a niche for herself. Coming from a sports family this former Kingfisher Calendar girl debuted opposite King Khan in her maiden Bolly venture and things have been a bed of roses since then. One look at her gorgeous mommy and you will clearly understand where she gets her good looks and gorgeous locks from. They both recently featured in a jewelry campaign and lit up the screen with sparkling chemistry. Pure mother daughter goals we say! 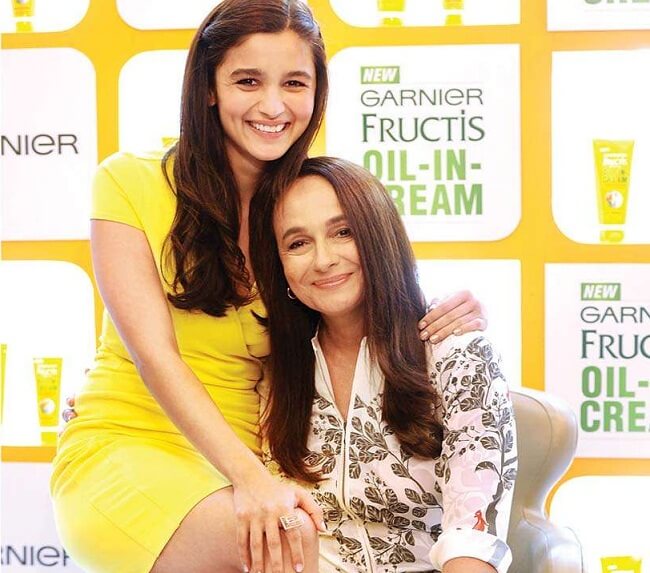 Don’t we all love the super bubbly Alia Bhatt? Her transformation from fat to fab is truly awe inspiring. And her style quotient has also undergone significant improvement from her Student of the Year to Shaandaar days. Ask this Highway babe and she accredits her graceful mommy Soni Razdan who serves as her role model. Even at 60, the British born Soni is one hot and stylish celebrity mom who swears by printed or plain shirts over a pair of denims. However she looks equally gorgeous in ethnic wears worn during weddings and puja get-togethers. Given Gauri Khan’s drop dead gorgeous features, it is a shame she didn’t enter mainstream Bollywood. However this Queen Bee who reigns over the heart of our very own Badshah Khan has always been a fashion frontrunner sporting outfits which hog page three covers. Daughter Suhana is also molding into one hot babe nailing both casual and party looks with much ease. Her twitter feed has a bounty of up close and personal pictures of this dusky teenaged babe who is well stocked in all the right places. 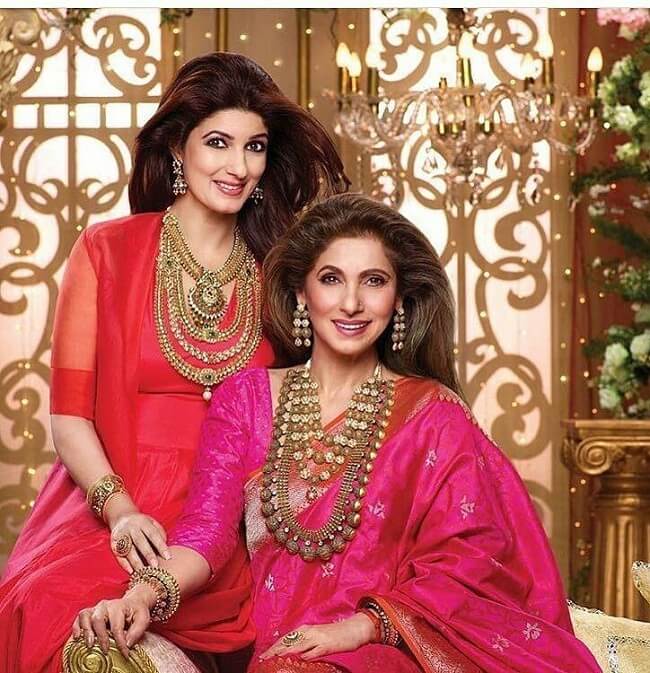 Dimple Kapadia, the blue eyed diva of Bollywood married a legend and Twinkle was born. How could anything go wrong? Dimple Kapadia had some iconic fashion moments in Bollywood (have you forgotten Bobby?) and ‘Mrs Funnybones’ Twinkle Khanna exudes charisma whenever she steps out. Twinkle who owns a successful designing store has also built up a strong fanbase thanks to her superb writing skills. Her entry in the film fraternity did burst some box office fireworks in the form of the blockbuster Barsaat. This mother daughter duo who had been highly successful in their chosen fields swears by minimalistic style. After all when you have such expressive doe shaped eyes and gorgeous locks, you rarely need much cakey makeup to put on. These Bollywood royals spell charm, elegance, perfection and poise in every sense possible. Be it ramp shows, family get-togethers, wedding or brand endorsement these ethereal beauties with their vibrant eyes, porcelain skin and trademark dimple never fail to look spectacular. Sharmila Tagore is a fashion icon who ruled Bollywood with her acting chops. She was also the first actress to sport a monokini in Hindi cinema. Soha Ali Khan may have failed to make her mark in Bollywood, but the fact she is extremely fashionable cannot be denied. 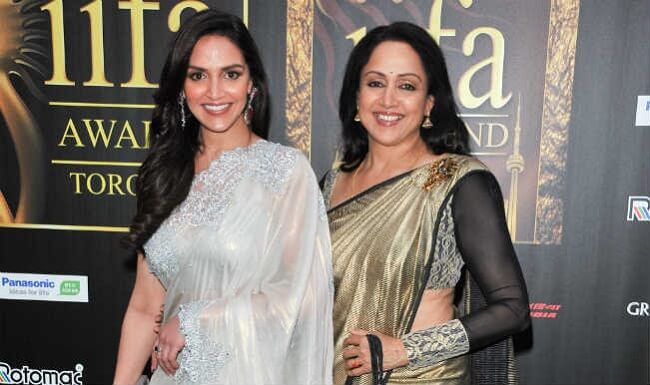 Yesterday’s Dreamgirl Hema Malini has ample of blockbuster hits to her credit. But her elder daughter Esha didn’t quite manage to earn Bollywood success like her glamorous mom. However this mother and daughter duo are extraordinary bharatanatyam dancers and their stage performance are absolute bliss to watch. They can also be seen in Kent water purifier brand endorsements. 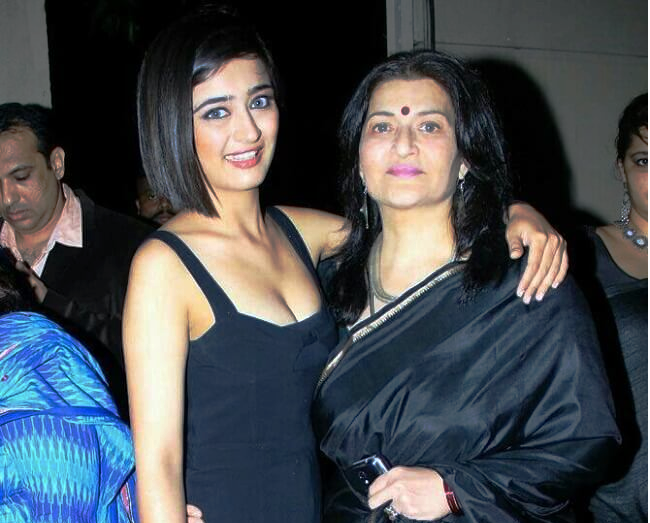 Yesterday’s actress Sarika was a toast amongst Bollywood circuit in terms of her god gifted good looks which was a direct result of her half Rajput half Maharashtrian genes. She created style statements with bold outfits which surely were ahead of her time. As a single mom she single handedly raised her daughters both of whom are doing exceptionally well in south cinemas. Younger daughter Akshara with her blue eyes and quirky style looks like a mirror image of the effervescent Sarika who is mostly seen sporting monochromatic silk sarees and minimal makeup at public events. 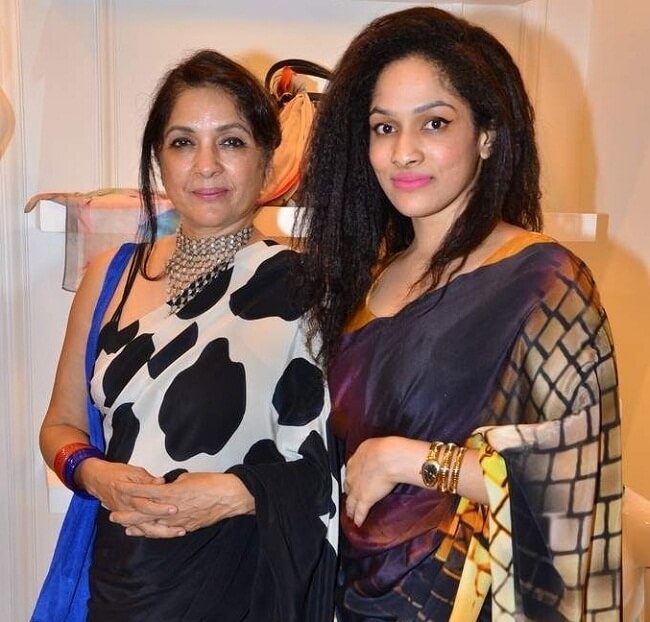 The calm and free spirited nature of Neena Gupta has been passed down the genes of daughter Masaba Gupta who is already a big name to reckon in fashion circuit. Masaba’s work is a clear portrayal of her mother’s effortless style. Breezy silhouettes with eye catching prints have become the USP of House of Masaba – her clothing range which top celebrities like Sonam Kapoor swear by. We are completely in love with their mushy affection display and style give and take. 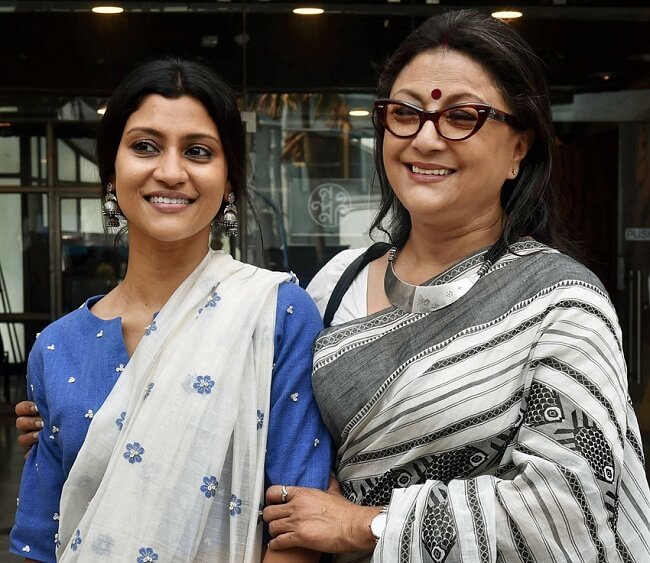 Taking a turn from the conventional style, this National Award winning mother daughter duo has made their mark in Bollywood’s unconventional fashion strait. Prior to donning the director’s hat, Aparna was a celebrated actress who worked with industry magnets like Satyajit Ray. With handloom sarees, silver jewelries and understated, yet attractive style, Aparna, and Konkana are a trendsetter in their own term. They are extremely talented and through their style, they have been able to portray just that ounce of confidence. This whirlpool of talent stunned audiences as a ground breaking creative team with their critically acclaimed venture film Mr and Mrs Iyer.

The mirror swears by external looks for judging a person. But as they say, beauty is skin deep. It depends upon the perception of the beholder. We feel all these mom and daughter jodis are equally beautiful. Some in terms of nature, some in terms of talent – but each one of them is a gem to reckon.