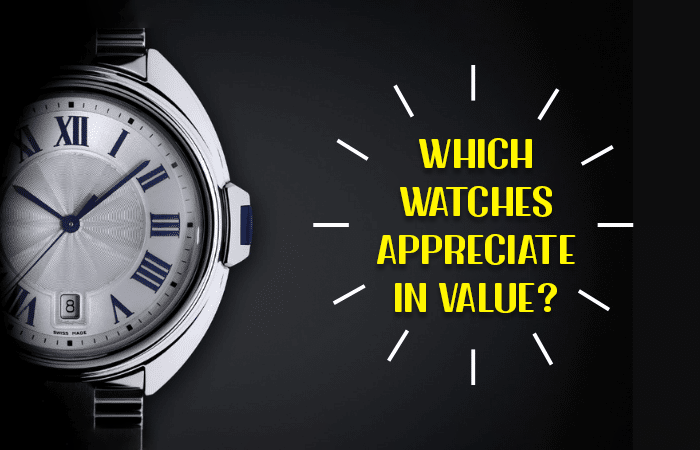 Luxury watches, especially mechanical watches appreciate in value. Brands like Omega, TAG Heuer, Rolex, and Breitling are the flagbearers when it comes to value appreciation. Thus, it becomes imperative to research the materials and model while choosing an investment watch. You should also keep an eye out for the watch’s resale value so that it turns into a good investment. Watches with a famous history tend to appreciate in value.

For how long do luxury watches hold their value?

Luxury watches hold their value provided they are well-cared for. Maintenance of each watch is like a gamble as even the pricey ones might lose their value for one reason or another. However, digital luxury watches will not hold their value and only the mechanical ones have the power to last for generations. Though it is tricky to determine which luxury watch holds its value best, an authentic yellow gold model from a high-end manufacturer like Rolex can guarantee your watch holds its value for a long. Rolex is the solitary watch brand offering a complete collection of timepieces that holds and appreciates value. You can easily sell vintage or pre-loved Rolex at a good market value.

Reasons behind higher value appreciation of some watches 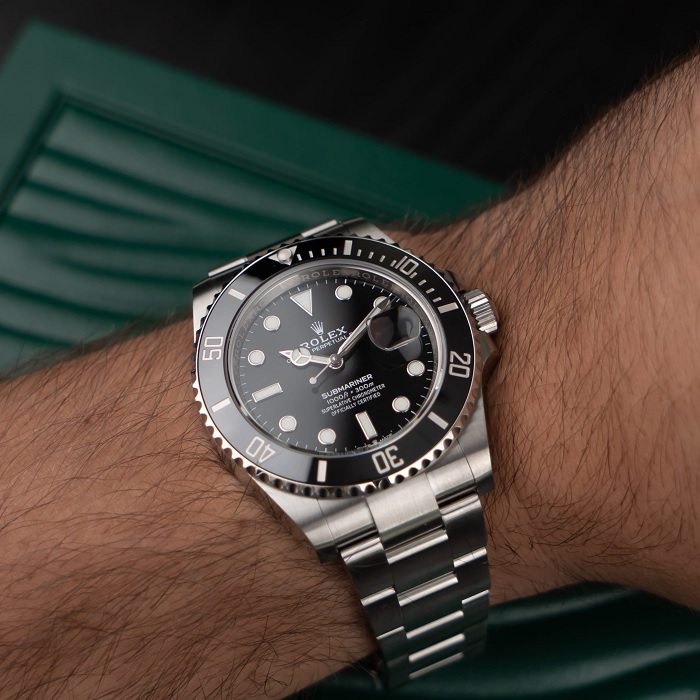 Rolex is a luxury watch brand and you can easily sell vintage Rolex watches for good value though some models tend to appreciate faster than others. Mostly sports watches will hold their value while a Rolex Submariner, Rolex Daytona, or other “status symbol” watches undergoing a high demand will appreciate. As a rule of thumb, the watch is more likely to increase in value depending on how rare it is. Rolex is considered to be the gold standard of gold watches and you won’t face any problem in reselling any of its luxury timepieces.

The Rolex GMT-Master can be identified by its signature red and blue bezel making it one of the most popular timepieces of all time. The model was launched in the 1950s by Rolex when the brand was asked by Pan American World Airways to create a watch that would allow their pilots to keep a tab over two time zones simultaneously. The USP of this watch lies in its Pepsi bezel which transformed it into a design icon. The Rolex GMT-Master has remained to be a highly desired and distinguished design even after decades since its initial release. Various other brands have developed their version but they aren’t at par with the original model in terms of heritage and recognition. If you wish to imbibe some sophistication to your watch arsenal, then the Rolex GMT-Master Pepsi Bezel can serve as a valuable addition.

Despite being more affordable, this watch brand carries a similar pedigree as that of its luxury peers. Its most popular models belong to the Audemars Piguet Royal Oak line offering a high resale value.

Patek Philippe has numerous flagship models whose vintage watches such as the Patek Philippe Nautilus hold their value very well. If a Rolex watch falls outside your affordability parameter, then you can opt for a Patek Philippe model. 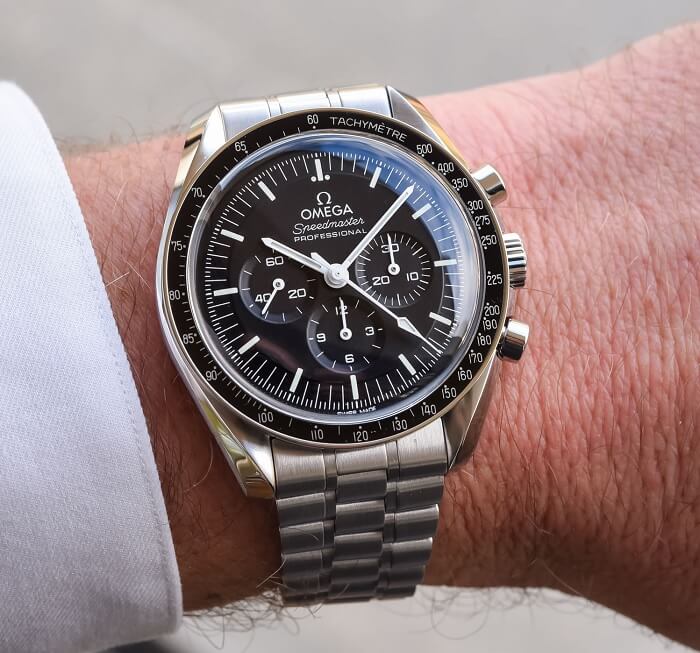 When it comes to holding value, Omega is a “hit or miss” brand. The watches are most likely to decline in value if you purchase them at the full retail price. This is why buying Omega watches is considered a highly risky investment. However, if you manage to get the watches at a good price, then their value is most likely to increase provided their appreciation conditions are right. Though they can’t match up to the level of Rolex, these timepieces are a pretty good investment. Their prices tend to skyrocket when the watches increase in value making them the second most popular watches for investment after Rolex. This sporty watch brand has gained popularity in the luxury watch circuit but doesn’t appreciate in value like its peers mentioned in our list. Being a widespread brand, it is easy to find pre-owned watches for pennies which makes them a bad investment if you are planning to resell. You need to be especially careful while getting a watch from TAG Heuer as this brand is commonly targeted by counterfeiters making it difficult to sell your watch.

You can bank on this luxury watch brand to hold its value despite not being a Rolex. You can get them at low prices but the watches hold a high potential of increasing in value over the years. This is the reason behind the Breitling watches being considered one of the best brands for investment after Rolex and Omega. 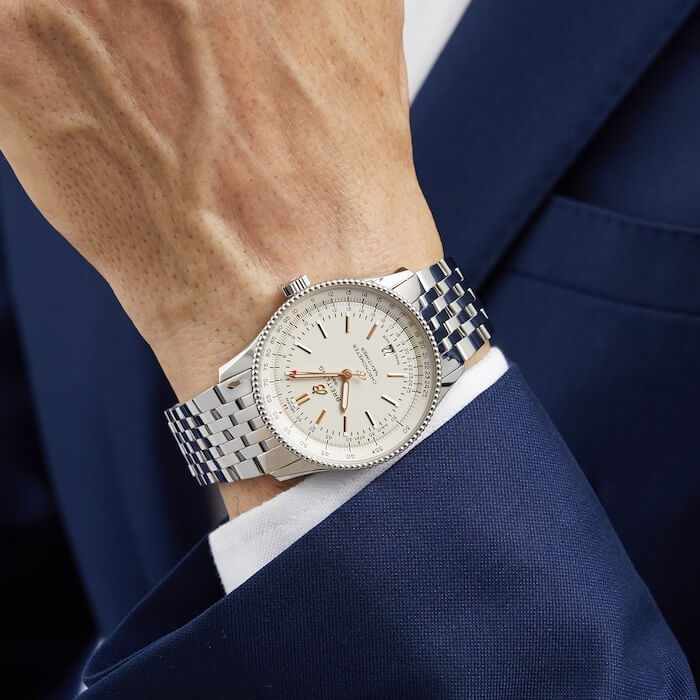 This timepiece carries an interesting heritage and has been a top choice of those in the aviation sector since its launch back in the 1950s. Breitling was already a known name among various airline companies since its launch. This is why the watch gained a lot of attention from watch enthusiasts, pilots, and the general public for adding to its reputation as a timepiece. Breitling has kept experimenting with Navitimer by adding new features over the years. Currently, the watch has more than 40 models in its catalog making it one of the most well-acclaimed collections. Tudor was founded by the same people who were behind the launch of Rolex in the early 20th century. Their main aim was to offer more affordable timepieces without making any sacrifice in terms of quality. Currently, the company is owned by Rolex which guarantees top-notch craftsmanship and reliability to its buyers despite its more modestly priced offerings. You can search for either vintage-inspired or vintage models like the Heritage Advisors or the Heritage Black Bay. The unusually shaped watch faces from Cartier underwent a massive surge in popularity between the 1950s to the 1970s. It is imperative to note here that Cartier is a non-Swiss manufacturer which is more popular for its jewelry lineup. Though the Cartier watches don’t have the recognition of a Rolex or Omega, they are highly desirable models which have been sported by the likes of Kim Kardashian. 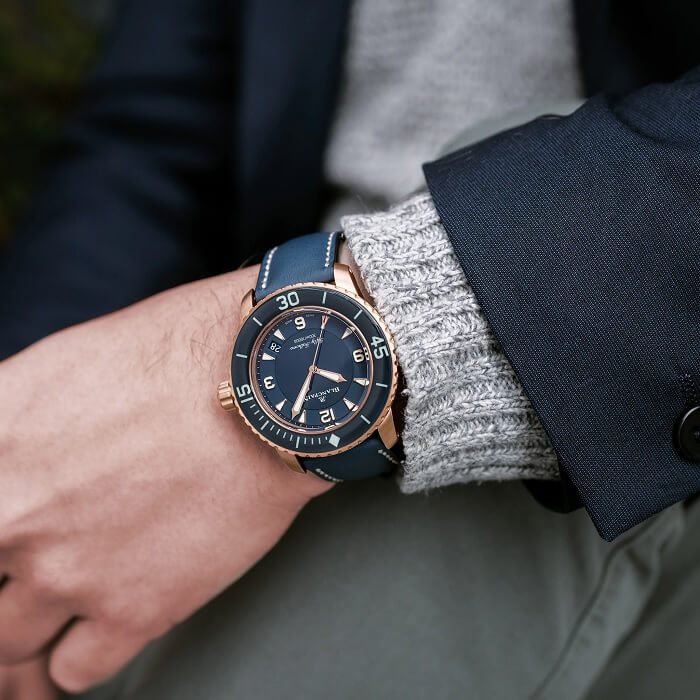 The Blancpain Fifty Fathoms is a famous dive watch pioneer that was introduced in 1953 for withstanding deep water depths which was a quality that wasn’t there in its peers at that time. This is the reason behind the popularity of the sleek Swiss timepiece which has become among the diving community. Coming to modern times, no noticeable changes have been made to the rugged military build of the Fifty Fathoms’ timepiece which can withstand even the roughest of terrains. 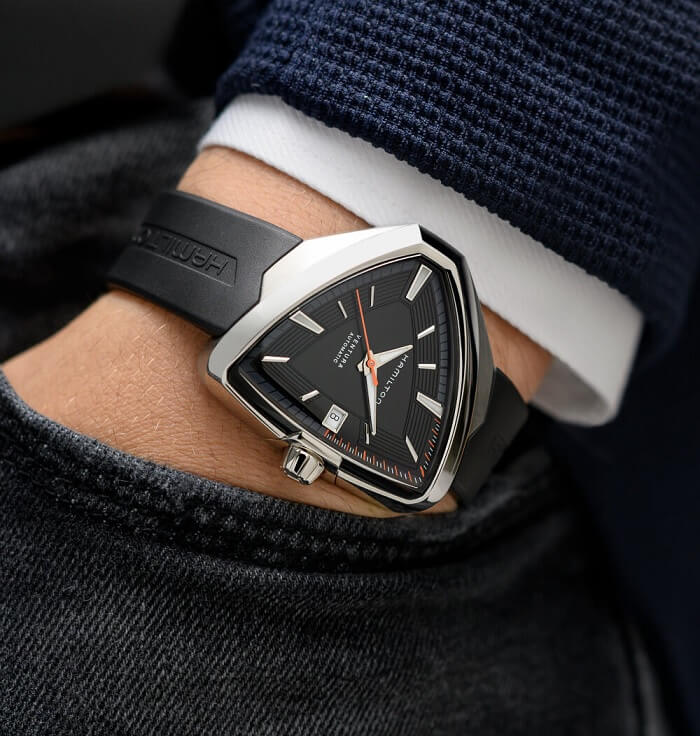 Termed the ultimate source of cinematic watches, the Hamilton timepieces have appeared in more than 500 movies making them a preferred choice of both film fanatics and collectors. The watch company has a colorful history involving the military that gets reflected in its collections. Celebrities like Elvis Presley owned a couple of Hamilton models in his collection. The brand released the Ventura Elvis80 model to pay homage to the King of Rock n Roll. 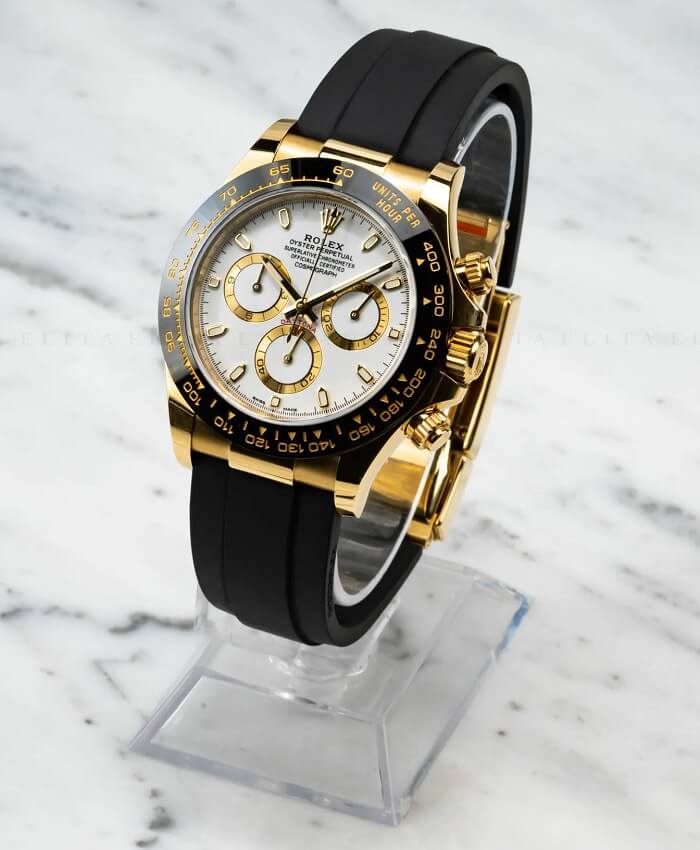 Buy Now
The Daytona from Rolex is considered to be one of the deeply coveted and iconic watches. It was launched in the 1960s, especially for racing professionals. The watch features an impressive chronograph movement which has undergone continuous improvement since then.

There are an array of independent watchmakers creating beautiful timepieces that are worthy of your investment. According to the New York Times, British watchmaker Roger Smith has made more than 100 watches over the span of his 20-year career. You can expect an average waiting time of five years for a new watch from RW Smith Watches. The prices of used RW Smith Watches are also extremely high. Recently one of its watches was sold for almost £400,000 at an auction in Geneva.

Investing in luxury watches can be a pretty good idea provided you are well-acquainted with the watch models that work, watch enthusiasts, and how much you are ready to lose. Usually, investment watches are considered a bit risky. Despite the risk factors, they are treated as excellent investments as the watch community highly respects watchmakers engineering mechanical timepieces with innovative movements. A variety of factors come together to impart value to an old watch. These are age, material, condition, manufacturer, and provenance. You cannot rank any of these factors according to their importance as a watch’s value is determined as a mysterious combination of all of them. Luxury watches tend to rise in value by more than 69% every decade. Mechanical watches such as Rolex that fall in the rare segment are considered to be the best investment pieces. You should research the watches that you wish to buy and maintain them properly to get the highest return on your investments.