From celebrities adapting to the frequently changing fashion trends; to college students imitating their favourite actors; to our Honourable Prime Minister bringing back the trend of Nehru Jackets, no one seems to get enough of it. Suit market has grown like a wild fire in India with both young and older generation equally flaunting their suits every day to look modish and fashionable. Whether it is a business meeting, a traditional wedding, a night out with friends, or a hot date – there is just no exception.

Over the past few years, the suit fabric market has undergone some major transformations. It was not that long ago when dhoti kurtas made from the in-situkhadi were the clothing every one swore by. Then the Nehru Jackets were introduced in India by Pandit Jawaharlal Nehru, the first Prime Minister of India, in 1940s and became an instant hit.

Although Safari Suits were around since 1935, yet it was not until 1970s that it made its presence felt in the Indian fashion scene. During this period, the advent of economic and industrial revolution popularised and advocated western wear i.e. formal suits, coat with pants, shirts and tie. This caught the attention of many multinational retailers who started investing in the suit market of India.

The Best Suiting Brands of All Time for Pro Men

Here, we have the pioneer brands that helped bring this transmutation of suits in India. 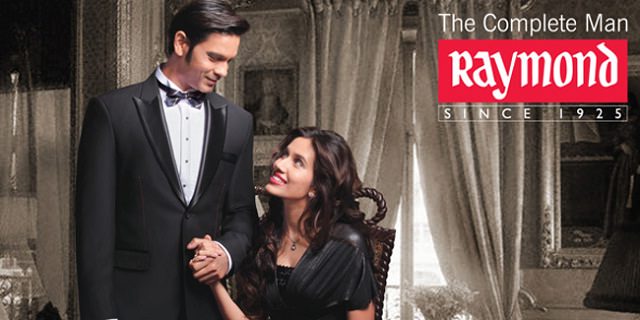 Think of buying a suit and first name that comes into your mind is Raymond. One of the oldest and perhaps the most significant brand that started in 1925. It is World’s largest amalgamated manufacturer of worsted fabric that owns 60% of market share of suiting industry in India. Digjam Limited was helmed almost 60 years ago by S K Birla Group of industries at Gujarat. It has top of the line fabric presence in Indian market and is known for its finishing quality and high standard material. It produces almost 3000 different varieties of fabric every year and has over 4000 outlets spread in the country. Forged by Reliance Industries, the umbrella brand Vimal is the largest exporter of fabrics from India to retail brands in more than 50 countries. It generates the best quality suiting fabric of almost 20 million meters annually. It offers a large variation of Viscose Suiting in a number of colours and textures. 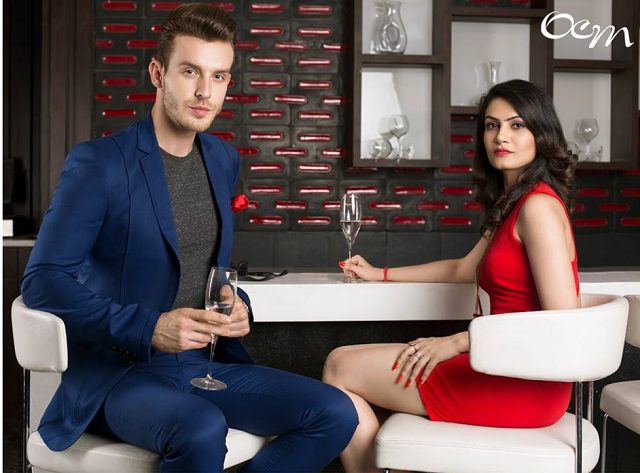 OCM is the joint venture of WL Ross & Co. and HDFC Ltd. that was established in 1924 and has 36 acres of fabric plant in Amritsar. It creates almost 1100 suiting designs every season to adapt to the climate change and to cater to the evolving market trends in colours and fabrics. Started in the year 1879 by Nowrosjee Wadia as a venture of Wadia Group of companies, it is today one of the most trusted and reputed companies in the fabric market in India. Although it lies among one of the largest textile producers in the country and is famous for the variety of bed linens and towels, it offers a variety of fabric suiting with prominent textures and featured designs both for men and women at a considerable price range. Siyaram’s or Siyaram Silk Mills Ltd. is a young pioneer brand and was opened in 1978 in Mumbai. It mostly sells shirting and suiting fabrics along with ready-to-wear attires for both genders with its plants situated at Tarapur, Daman & Silvassa. 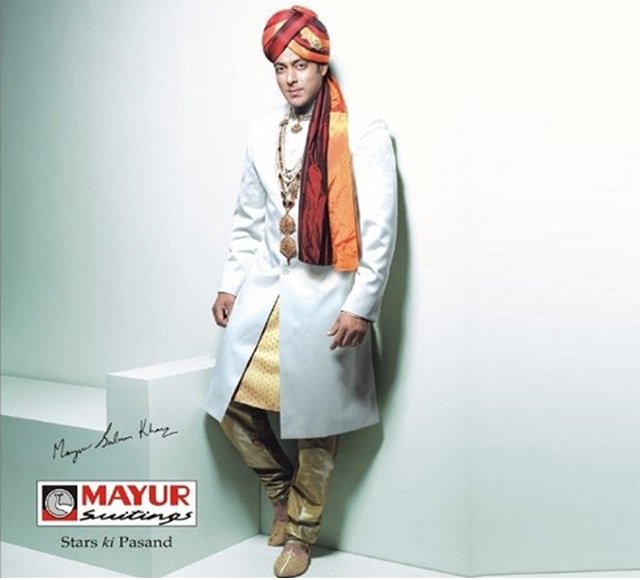 Mayur Suitings started its journey at Gulabpura under the RSWM Ltd. Company and today has state-of-the-art imported equipments that help transform fiber into highest quality premium fabric and ready-made apparel focusing on the present consumer needs. It manufactures over 6 versions of Polyester blends with Wool, Viscose, Lycra, Linen etc. among others every year as per the market demands.

Lately it has becomes one of the favourite brands for a galaxy of stars.

Recommended Read: 44 Infographics that will make a Man Fashion Expert Started 7 decades ago, Dinesh Mills Ltd. caters only to the male demographic and has since established itself as a revered institute in the menswear fabric suiting business. Their primary focus is on customer satisfaction. Hence they have a separate design studio where they provide with new and innovative designs they develop every day for the unconventional customers who fancy looking different. Ever since its opening in 1984, Sangam Group has earned a position as one of the leading fabric brands in India with a total volume of 40 million meters of denim and 30 million meters of fabric being made yearly. Its woven fabrics built on the basis of textures, colours and finishes are sold domestically to almost 150 dealers that further reach over 5000 outlets in India. It also exports these fabrics to the Middle East, Egypt and South Africa to name a few. The experience of more than 45 years has made BSL Ltd., located in Bhilwara, one of the front runners in the surging market of fabric suiting in India. It is a part of the US$ 900 million LNJ Bhilwara Group Company and has a firm stand in the international market as well. It is responsible for the annual production of wool-blended, light fabrics and other kind of fabrics that are intermixed with Silk, Tencel, and Lycra etc. Mr Vishwanath Agarwal built Donear Industries Ltd. in the year 1977. It provides a branched out variety of stylish and resourceful fabrics made after rigorous weaving and careful finishing techniques to provide with the highest quality product. These fabrics are further used to manufacture trousers, shirts, suits and casual safari clothing. 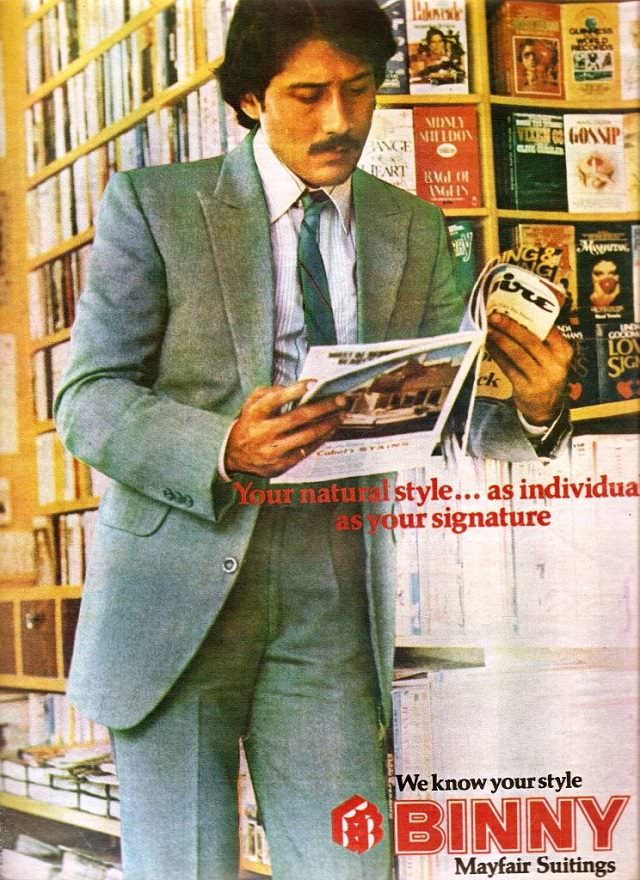 John Binny laid the foundation of this company in 1797 in Madras, thus making it one of the oldest business firms in Chennai. Being one of the foremost companies to have started producing fabric, it played a pivotal role in fabric suit market of India. Though it suffered a major blow after Independence and was eventually sold out in 2001.

Avis and Graviera are some other Indian brands that have provided with a versatile range of fabrics and blends as per the market requisites.

Keeping into account the love of suit fabric in India, a considerable amount of international firms have invested in this market. Etro, Dior Homme, Bottega Veneta, Calvin Klein, Giorgi Armani & Louis Vouittonare some of the most popular of these that have certainly established their place among the elite and the opulent. These provide with the more westernised versions of suits that are on-par with the latest global trends but only a few can afford them.

With her hilarious journey in an MNC, Sophia found her passion for life in writing. With her technical career taking her to New York, the city of multiple fashion trends, she came out to be a true enthusiast when it came to dressing up and filling her wardrobe with trends going on. Through her quest to change those around her for the same, she joins Looksgud to help her follow her true love for writing and end up writing about one thing she finds the most interesting-Fashion!!