When it comes undergarments, there can be almost a handful of people who actually consider their care and proper maintenance seriously. Just like your rest of basic daily your habits including taking a daily bath, using a deodorant and having a daily skin care regime, maintaining undergarments too, for both men and women, gets included as a part of your hygiene routine, that of course needs to be attended with complete sincerity. 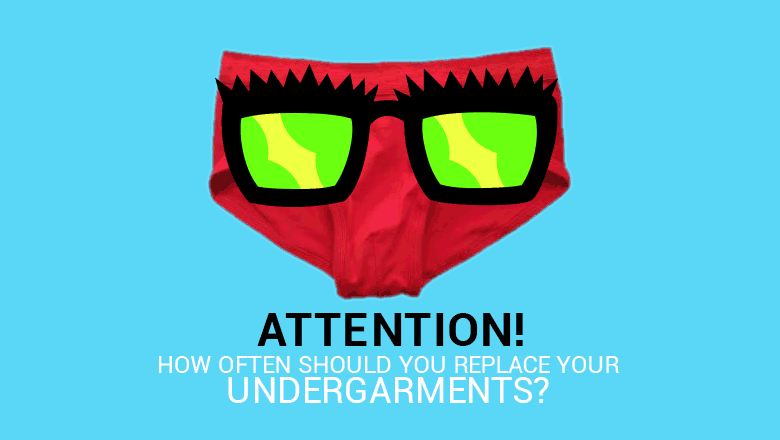 Yes, you just got it right! This article is all about undergarments and yes both for men and women..

When to change/wash Men’s Underwear? 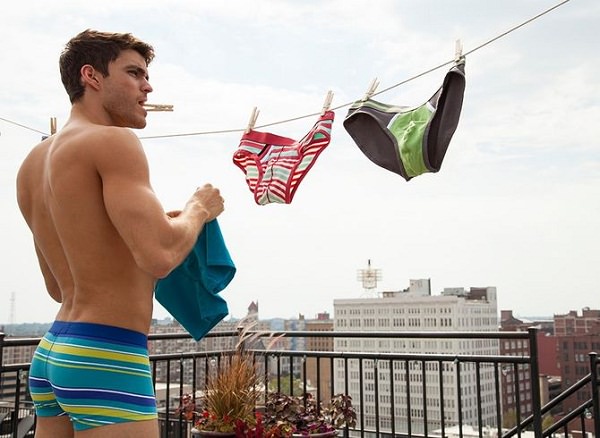 Apparently, according to one of the conducted market researches, one out of every five men DON’T change their underwear on a daily basis. If you are amongst those, it’s high time to stop it! Goes without saying that among everything that you wear, it’s the underwear that sticks with you through thick and thin. Like literally!

Adding to that, in case you sweat a lot or go out for a regular workout or simply exercise, this rule is definitely a must. In fact, it would be a lot better, if you could change them mid-day or twice per day, which also includes before your bedtime. When to Replace Men’s Underwear with New one? 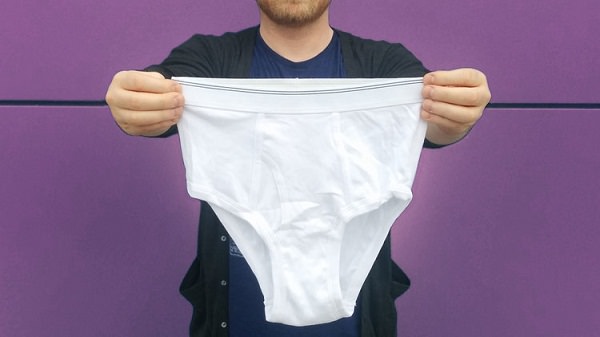 Don’t keep waiting for the day when the elastic from your underwear is going dangle down all because it’s tired to serve you. Irrespective if you underwear is in a decent condition or not, replacing them at least once in a year is something that you definitely live by. Even if you wash them daily, the need of replacing them every year is seriously mandatory.

Stained underwear should be replaced ASAP 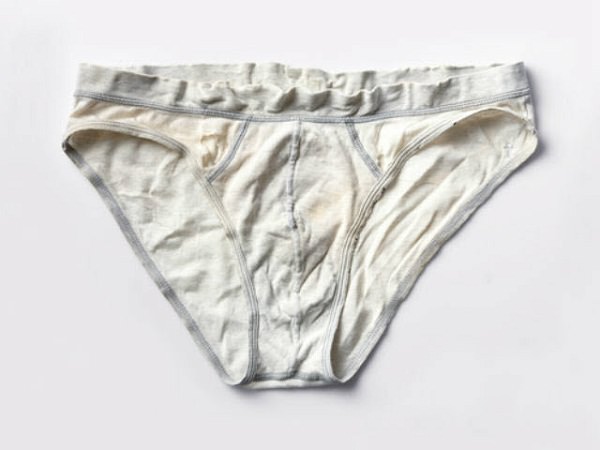 If your underwear is stained, throw them IMMEDIATELY! Like used underwear daily or regularly, stained underwear too can cause multiple infections and harmful effects on your body. Get rid of them as soon as possible.

When to Change/Wash Men’s Undershirt? 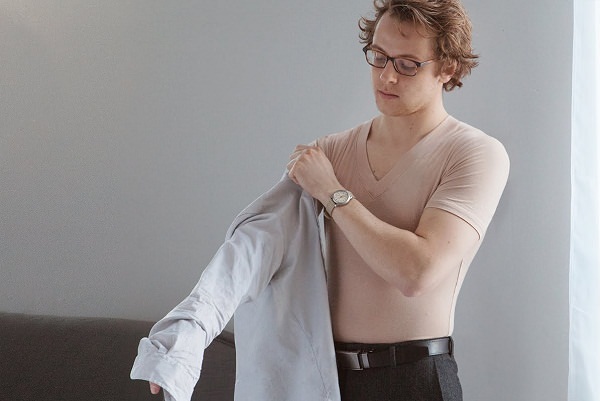 Different men wear undershirts for different reasons. While some wear it as a form of an accessory, some men prefer wearing them for hygiene purposes. Like underwear, undershirts too need to be washed and changed almost daily, especially if you use them for hygiene.

If you do sweat a lot or if you have to work out or exercise a lot, the need to replace and wash them becomes an urgency, thus compelling you to change them more than just once. When to replace Men’s Undershirt?

Replace your undershirt once they are well-used 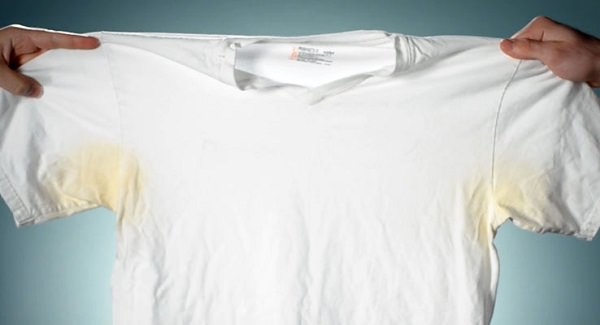 While going to buy your underwear, don’t forget skipping towards the undershirts section. However, It can be quite confusing as to know when you should replace your undershirts, here are some of the signs that can show that it’s high time to replace them.

When to Change Women’s Panty? Unlike men, some women often don’t prefer wearing their undies regularly. So the pattern of changing them solely depends on how much you use. If you are one of those who wears your undie daily, you should then definitely change them daily, while abiding to washing and cleaning on almost on a regular basis.

Always remember to put on the fresh ones every time after you take a shower. Changing them twice a day, especially before going for bed would, in fact be a lot better.

Apart from the unwanted odour, not changing your underwear daily or sometimes even twice a day, especially for women, can easily turn your intimate area to turn itchy, leading to rashes, sores and redness. 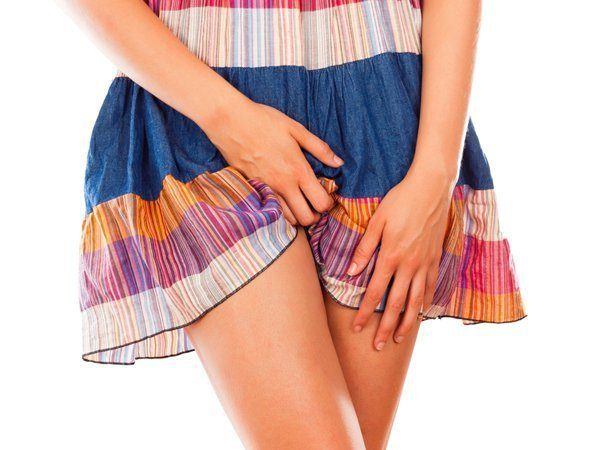 Pretty ladies, remember that your urinary tract is much shorter than men; which again calls for better treatment and more hygiene concerns.

Not changing your underwear for 2-3 days can lead to yeast infections and several bacteria to enter your urinary tract, thus further leading to UTI or simply urinary tract infection.

How often do you need to wash your bra?

Change/wash your Bra at least after 3-4 wears 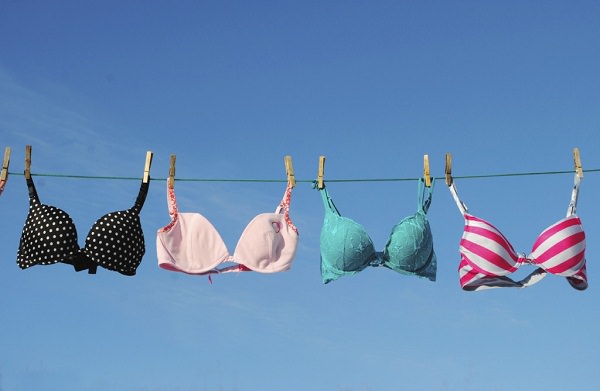 Unlike the panties, bras share a lesser changing rate, unless you work out or sweat a lot.

As said by Mary Begovic Johnson, senior scientific communications manager at Procter & Gamble, “Since bras are in intimate contact with your body we recommend washing bras after three wears at the most. And after each wear if you’re perspiring heavily.”

Adding to that it is also compulsory to send them for laundry at least once in a week. Says Joshua Zeichner, M.D., a dermatologist based in New York, “Because if you don’t wash it more than that, you really can have accumulation of dirt, oil, sweat, and bacteria.”

Not washing them regularly can in fact lead to acne breakouts, yeast infection and growth of fungus. How often you need to Replace your Bras?

Replacing your bra closet depends wholly on the kind of bra you use. Here is a short gist of the lifespan of different kinds of bras and how often should you replace them. 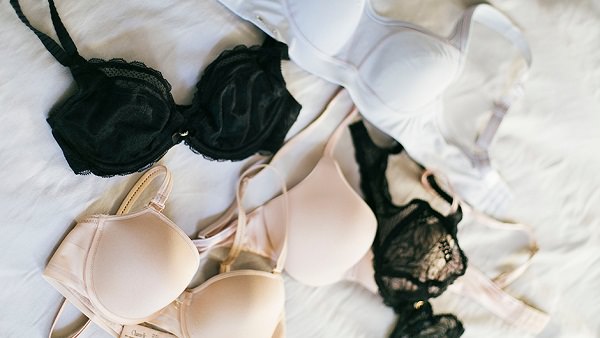 Regular bra generally share a life of around 8 months, based on the fact that they are rotated, properly washed and taken care of. Rotating them around three to four times can even extend this stated longevity.

However, once when you note a stretched out elastic or your bra turning loose, it’s just the time to toss it ASAP. Due to heavy usage sports bras generally have a durability of six months to a maximum of one year. Post this time span, they generally tend to lose their elasticity. Once you check out that the elastic is all riding on its own to your back or does no longer stop your breasts from moving, it’s time to toss them soon. Since worn quite less frequently as compared to the above two kinds, the longevity of adhesive bras highly depend on their frequency of usage. On a general basis, these bras along with the other silicon based products can be generally worn or used up to approximately 90 times, of course under proper care. Once they start creasing or tearing or flattening, it’s time for them to be replaced by a fresh lot.

How Often you should change Socks? 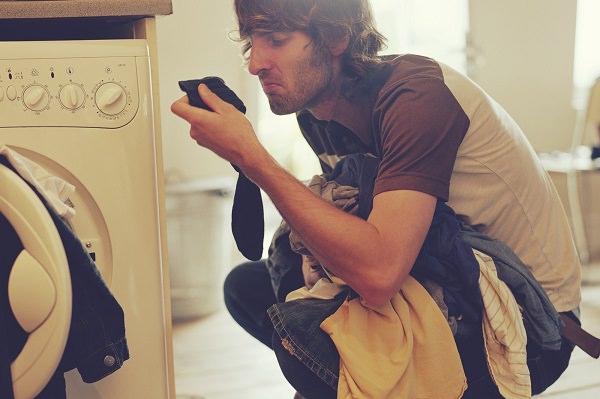 Unless you have sweaty feet, you may need to change your socks and throw in your laundry basket in every 2-3 days. However, if your job calls for walking all day long that can make your feet suffer than any other body part, it would be highly recommended to change them daily.

Having used socks for a longer period of time, like underwear, can cause the growth of fungus.

When to throw away socks? 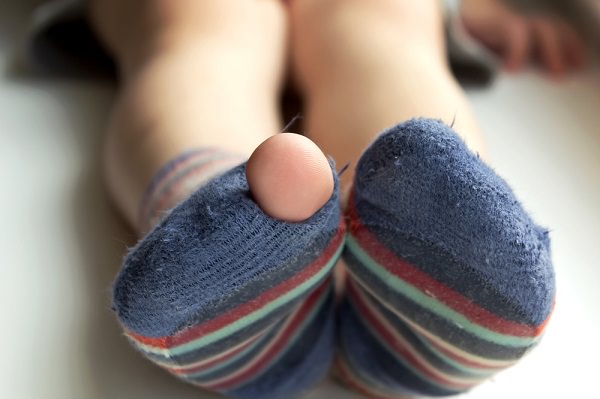 Socks like all the other undergarments are definitely subject to wear and tear. As soon as you notice the elastic being stretched out or discolouration or the formation of holes, it’s time to buy new and throw away old. Remember nothing can be more embarrassing than a sock with a hole.

So guys, next time you are confused as to when you should change your undergarments, don’t forget these tips!

Charles Brown is a writer by profession and a die-hard foodie at heart. She loves writing, reading, traveling, and eating. An ardent fan of George.B.Shaw and Simone de Beauvoir, Charles is also a devout YouTube and Instagram junkie, along with being a passionate bibliophile. A crazy fan of eye-makeup, Charles keeps herself updated with the latest fashion trends and styles, making sure that she definitely stays ahead in style.