Wearing sunglasses, out in the sun, has somewhat become a style statement, rather than UV protection. Sunglasses are uses to protect our eyes from harmful UV rays. However, it wasn’t much in vogue, till our beloved celebrities brought it into the limelight. 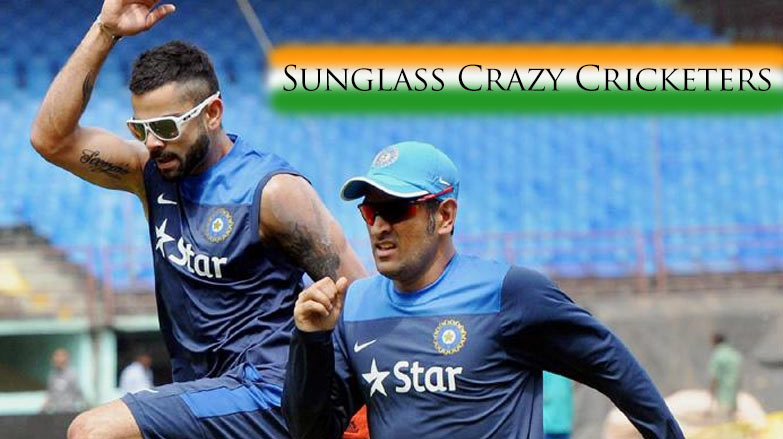 Talking about celebrities, we not only mean Bollywood Stars but also some other celebrities who are quite well known to date Bollywood stars. Yes! Our cricketers. Cricketers started wearing sunglasses to the field in early 80’s and 90’s and since then it has become a style statement. Here is a list of 10 popular cricketers who are crazy about wearing sunglasses on the ground. Sunil Gavaskar is a legendary name in Indian cricket history. Mr. Gavaskar is 67 now, still, he puts his style statement of wearing sunglasses to his fellow next generation of Indian cricket. He was one of the first cricketers who set a trend for wearing glasses on the ground. His favorite sunglasses include Ray-Ban and Oakley Aviators. 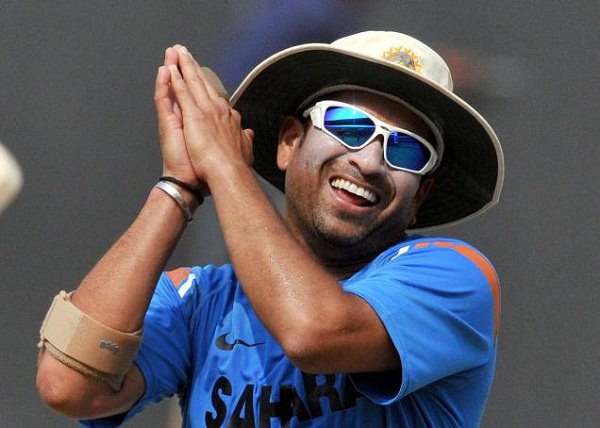 Media often said that the little master of India, Sachin Tendulkar grew up idolizing Sunil Gavaskar, which could very well be true, after seeing the little master’s playing tricks on ground. Like Sunil Gavaskar, Sachin Tendulkar, too often embraced the cricket ground with his favorite pair of Ray Ban glasses. Despite being retired, he still follows cricket very closely. His favorite sunglass includes Ray-Ban. 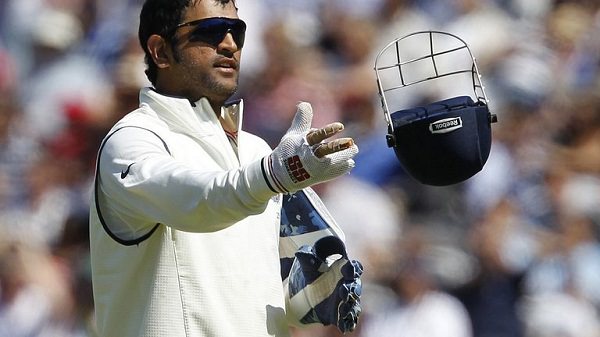 We all are unison when we say that Dhoni is among the best captains that India cricket team could ever have. Without him, India cricket team would not have won all the three ICC world cups. From being run out in his ODI debut to becoming among the most respected and loved cricketer, MS Dhoni has earned it all by sheer hard work. Talking about style statement, Dhoni’s shoulder length hair and his modish sunglasses have set a new trend among young cricket lovers in the country. The bike lover, Dhoni also keeps a matching pair of sunglasses for his every bike. For 90’s kids, Saurav Ganguly was one of the trendsetter, from the field to the streets. From his hairstyle to sunglasses to those rimless spectacles, boys followed his fashion statements crazily. His Ray Ban and Ralph Lauren sunglasses that he wore to the ground became another heartthrob madness among the ladies of the country. Sourav inspired millions of youth to take up Cricket or sports as a career. 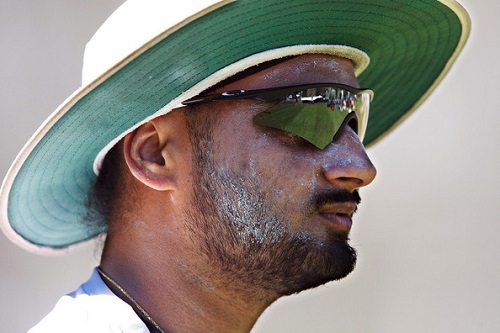 Nicknamed as Bhajji and Trubanator, Harbhajan Singh was officially trained to be a batsman. However, his fate spun him to be one of the greatest right-hand off-spinner that India could ever produce. However, let that be his batting or spinning, Bhajji, who became the official ambassador of Ray Ban to the cricket fields, has always been another trend setter for the youth. His matching pagdi and black sunglasses always brought in warmth and heat to the ground. 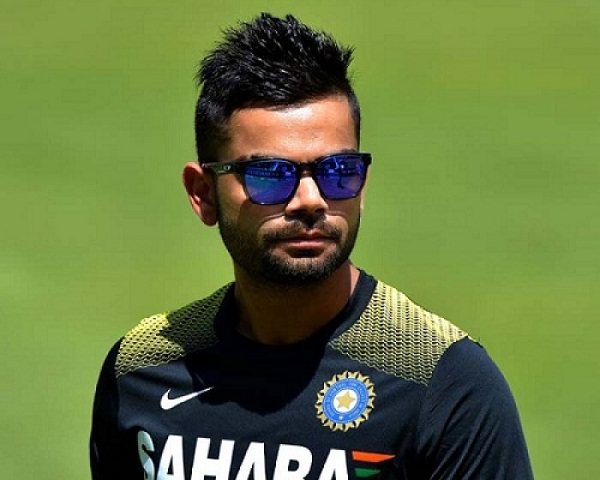 The present heartthrob for the new generation and the guy who won the heart of our beloved Bollywood star, Mr. Virat Kohli or popularly known Chiku, have surely made many Bollywood men jealous. His charming personality and individual style statement, which he himself carries have given Indian cricket team a new makeover.   He is the aggressive lion on the field and one of the most well-dressed and well-mannered gentlemen off the field. When it comes to dressing up, he is very particular about which sunglasses he would don. His collection of fashionable sunglasses includes oversized, polarized, Ray-Bans, and modish black glasses. 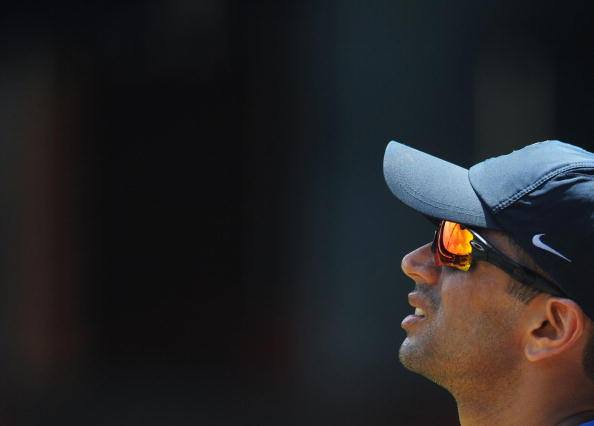 “Mr. Wall” and “Mr. Dependable”, these words are synonymous to Rahul Dravid. Rahul Dravid is the only cricketer to have scored a century against each test matches playing nation and he is the only non-Australian cricketer to address the Bradman oration. The man who is known to never lose his cool, to be always fair, to be always in control, Rahul Dravid, loved to wear sports sunglasses when on the field. His royal blue cricket-cap and eye fitted sports sunglasses, did set a trend for the upcoming cricket generation. 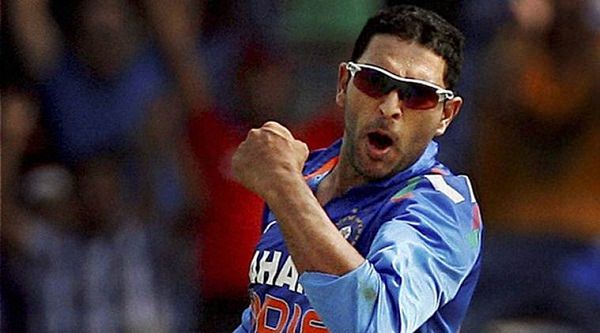 An unstoppable force on the field, the southpaw, lovingly known as Yuvi, Yuvraj Singh, has been smashing something or the other since his childhood. Yuvraj Singh, every since he joined the Indian Cricket team, was always known for his charming Punjabi personality and voguish style statement. He always graced the field with his classy sunglasses. Though he used it to protect his eyes from the Sun, the youth loved following his style to the gate crickets too. 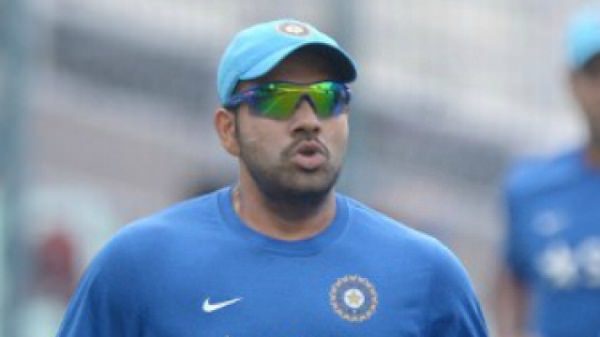 Rohit Sharma is exactly opposite to Bhajji. He was trained to be a bowler but his coach noticed his batting potential and rapidly transformed him into one of the finest batsmen. But one thing that is most common between them, is their unidirectional lover for wearing sunglasses to the ground. In fact, Rohit Sharma, most of the time, is never seen bared eye on the ground. Lovingly known as “Sonu” and “Chota Sachin”, Suresh Raina did set a benchmark in Indian cricket history. Let that love or attention, Suresh Raina has grabbed both and won the heart of thousands of young Indian girls with his exquisite pair of sunglasses that he always wore on the grounds. Ray Ban is indeed his favorite.

These were some of the cricketers who love to sport an eyewear in the field. Apart from their passion and love for cricket, they also have one more thing in common. Whichever sunglass they don becomes a fashion statement. Which one will you choose?